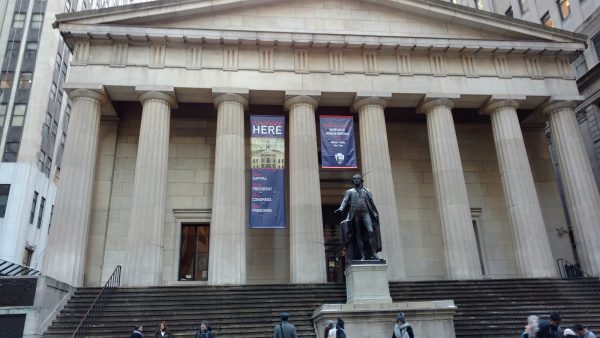 New York City has so many things to do in every neighborhood of the city with Midtown Manhattan featuring some of the most famous must-see attractions. However, downtown New York at the tip of Manhattan, is not to be overlooked.

Of course, Ground Zero, the site of the World Trade Center is located here, now the the National September 11 Memorial and Museum. Every American needs to visit the memorial at least once. Visitors from around the world go there as well as people from many countries were also killed that day. The plaza featuring the footprints of the twin towers ringed by falling water and a pool below signify hope and renewal even amidst unimaginable death and destruction. The museum underground is a somber place filled with artifacts, sections of the buildings and the aircrafts that were flown into the towers and the stories of what happened that day and the lives that ended. It is a place of deep reflection and remembrance. I still can't believe such a horrific event happened. 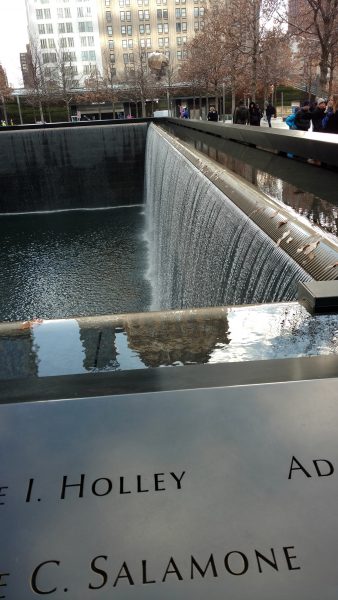 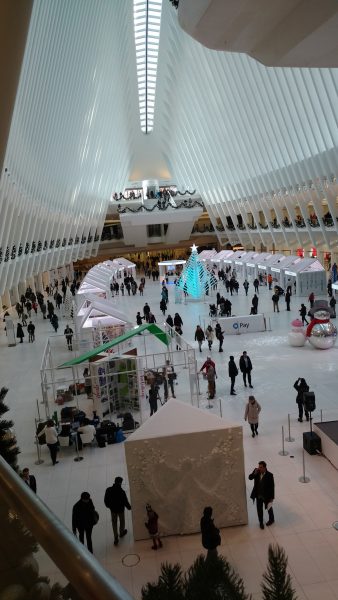 While much of the area around the site has been rebuilt, some re-construction is ongoing. The Westfield World Trade Center Mall is adjacent to the Memorial. The mall is spacious with a cathedral-size ceiling. A great atmosphere to hang out in to escape the winter cold or the summer humidity in New York. A few blocks away is upscale shopping and dining at Brookfield Place.

With space at a premium in New York, all dining experiences seem intimate and tables are close to one another. New Yorkers are so use to this environment, no one pays attention to the conversation at the next table just a foot away.

And with the dozens and dozens of 100-year old and older historic buildings downtown, there are really neat places for lunch or dinner. One such restaurant, The Malt House is in a converted warehouse with exposed iron-beams, interior brick walls, and a chic industrial feeling. There is a long bar featuring a varied assortment of craft beers and whiskey flights. The menu is a collection of tavern fare, sliders, comfort foods like mac and cheese, entree-size salads, and not your typical Mexican tacos.

After lunch, walk the narrow streets of the financial district. Stop at historic places of worship such as St. Paul's Chapel, where 9/11 first responders rested if only for a few minutes and Trinity Church and graveyard, a 300-year old Anglican church in the Episcopal Diocese of New York. Alexander Hamilton, Robert Fulton, and many other famous people from the early years of the United States are buried in the cemetery. 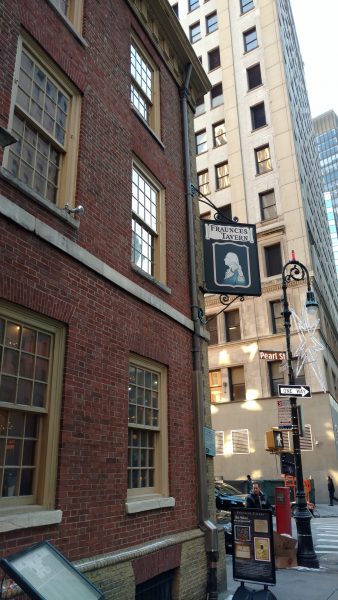 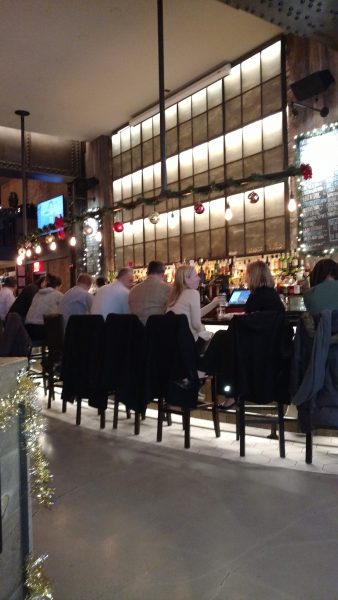 Nearby is the New York Stock Exchange, NASDAQ Exchange, Federal Hall, which once served as the Capitol of the United States, and the headquarters of JP Morgan Chase among other big companies of the financial world.

After all the walking and historic sights, it is time for a pint or perhaps more food at Fraunces Tavern. a landmark museum and restaurant. The building has served as one of the most important meeting sites in this country once serving as the headquarters of General George Washington during the Revolutionary War. General Washington also had a farewell dinner here with his officers from the Continental Army. The building served as a venue for peace negotiations with the British and was the site of the inauguration of President Washington.

You can do all of this in just one day in New York City if you are ambitious, love to walk, and eager to absorb the historical significance, past and present, of a rather small area in one of the biggest cities in the world.