Traveling to Russia in the wintertime may seem a little out of the ordinary, however, traveling New Year’s week is something very special. Russia celebrates New Year’s Eve on December 31 and Russian Orthodox Christmas is always celebrated on January 07. A recent visit to St. Petersburg and Moscow during this time provided a magical vacation. Lights and decorations in both cities were something everyone should see. The temperature during that time is usually mid teens for a high with overcast and snowy days, so dress warm. Russians are known for their fashionable style in the wintertime with a good pair of snow boots, fur coats, and of course the famous Russian fur hats. There is little daylight in the wintertime so we did not start our tours until 10:00am as the sun rises and by 4:00pm the sky is dark again. Because of the cold, Russians like their indoors warm. Many times in restaurants, bars and any indoor venue it was so warm you wanted to take off your sweater and wear a T-shirt. All museums require you to use their coat check and many restaurants have facilities for you to check your coats free of charge. 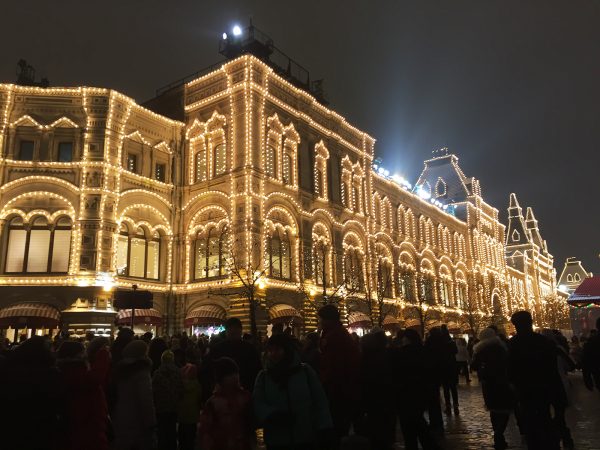 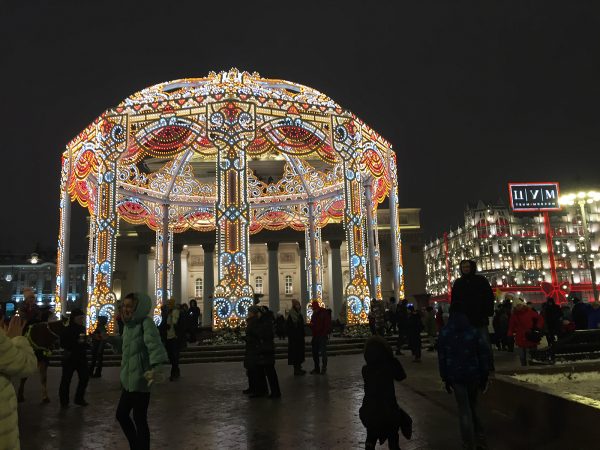 The traditional New Year’s Eve celebration began with President Putin addressing the nation on TV just prior to midnight. After that, fireworks lit up St. Petersburg and lasted until 5:00am. On New Year’s Day the tradition is for Russians to swim in the Neva River. If one did this in the US, they are called polar bears. In Russia the people are called walruses.

Since six of our dinners were not included, we left the hotel in search of restaurants. In St. Petersburg especially, it was surprising how few people spoke English even in restaurants and tourist areas like the Christmas markets. And forget about deciphering the cyrillic alphabet. For payment most restaurants took Visa or mMastercard, however, many asked for a pin number for your card. If you told them you did not know or have a pin then they reran the card and all was fine. Since US dollars cannot be used for payment, we changed most of our money to Russian Rubles at nearby ATM’s. Both hotels, the Courtyard by Marriott in St. Petersburg and the Marriott Grand in Moscow had money exchange booths in the hotel as well as ATM’s.

In Moscow, we traveled by the metro. Although all signs are written in Russian, it was quite easy to figure out our destination. English was recently added to the announced stops along the line which greatly helped. 75% of Moscovites use the metro daily and we were told it is very safe and it was absolutely clean. There are two hundred metro stations in Moscow and many were used as bomb shelters as the metro is up to five levels underground. The metro stations, built in Stalin’s time, are coined as the palaces of the people. Many are very ornate with white marble, ornate lighting, and revolutionary statues. Each main station seemed to have a different theme. 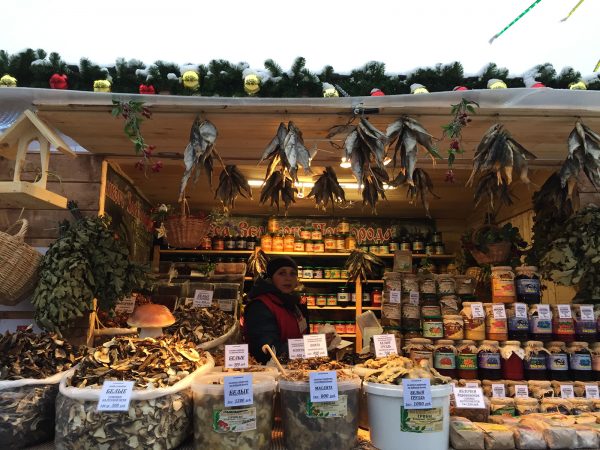 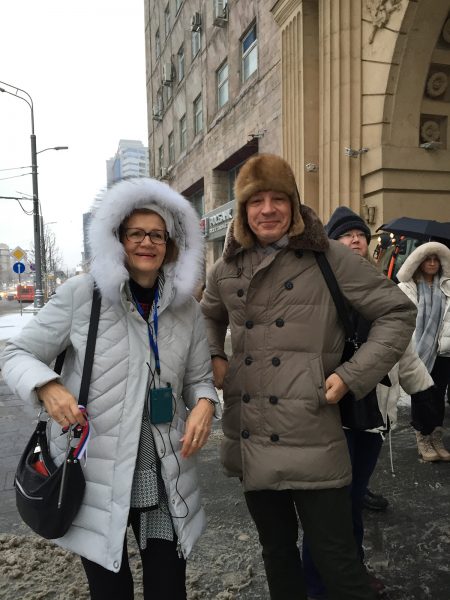 Food is quite good and reasonably priced. There are many small cafes serving coffee and crepes and we even saw Starbucks in Moscow. Plenty of dining choices in the cities from local fare to German, Italian, and French abound however you cannot miss McDonalds and KFC. One night we found a Georgian restaurant known for their dumplings. We even ate at a Belgium Brew House with a variety of craft beers available. Of course, Russians like their vodka (pronounced wodka). Vodka is served ice cold as a shot. Should you order tonic or other mixers, it will come in a separate glass and you will be charged for two drinks. Men are to drink the vodka as a shot where women will sip it.

If one is looking for a fairly inexpensive vacation to celebrate the New Year, Russia is the destination. Our tour, Easy Pace Russia was booked through Insight Vacations. The local host, Gennady and local guides Guila in St. Petersburg and Vera in Russia provided a wealth of information along with a perspective of Russia past and present.