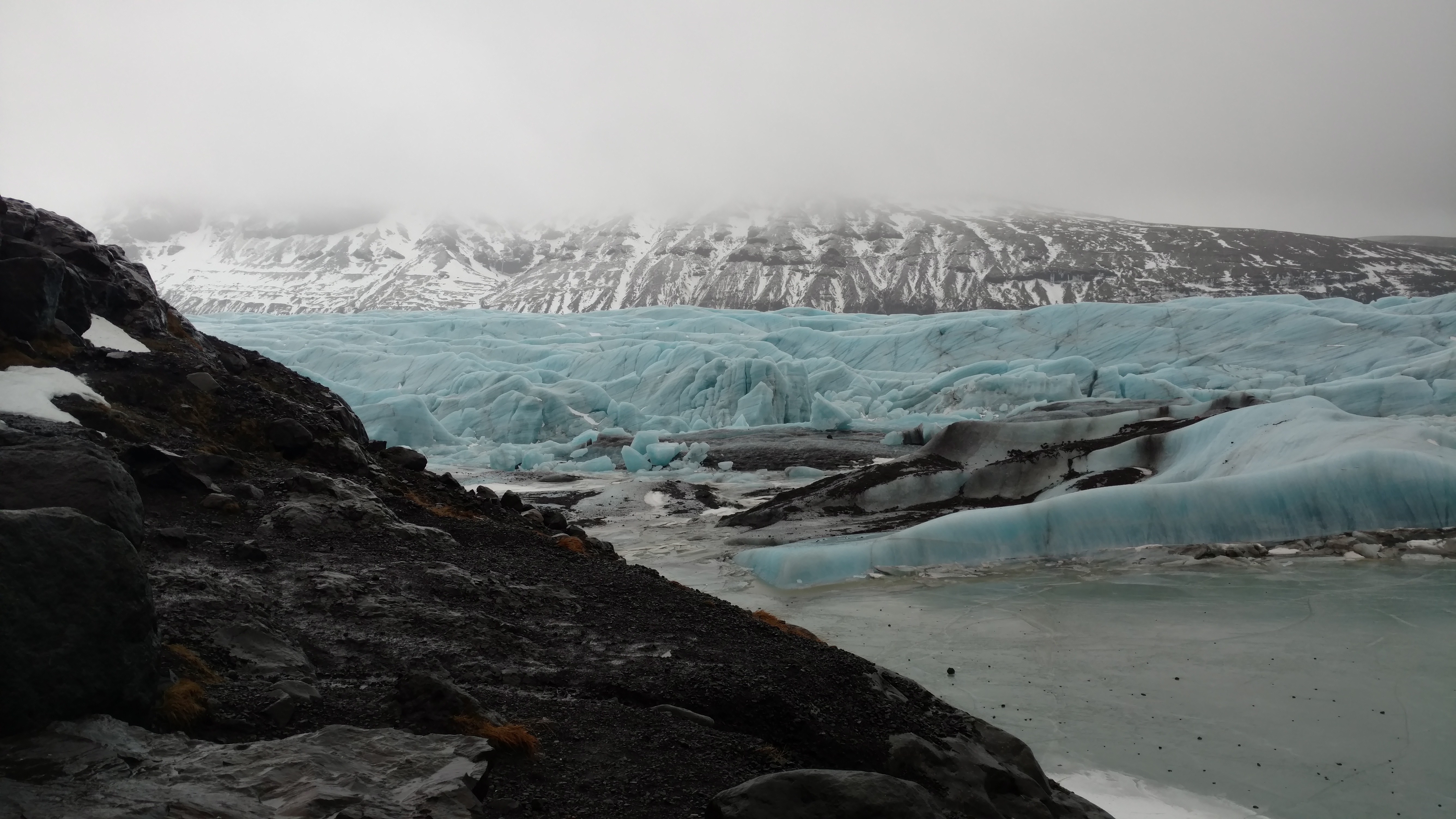 One of the hottest travel destinations is Iceland, the westernmost European country located just south of the Arctic Circle and about the same square miles as the state of Kentucky.

I haven't done a lot of adventure travel, although I like this style of travel. For me, Iceland was the most adventure-packed five days I have had the opportunity to experience. Travelers of all ages can do this kind of adventure travel. You can make the degree of difficulty as much as you can physically handle.

For a small country, you can experience some of the most extremes planet Earth has to marvel us with short of wildlife. Walk the divide between two tectonic plates - the North American plate and the Eurasian plate. Since the majority of the divide is deep in the Atlantic Ocean, this is a rare glimpse into the make-up of the Earth's crust. Volcanoes cover the island. While you may not get to peer into the caldera of a volcano, you will see lava fields everywhere. Some lava fields are covered in moss. Iceland has the most unique ecosystem, breathtakingly beautiful and a view I have never seen anywhere. 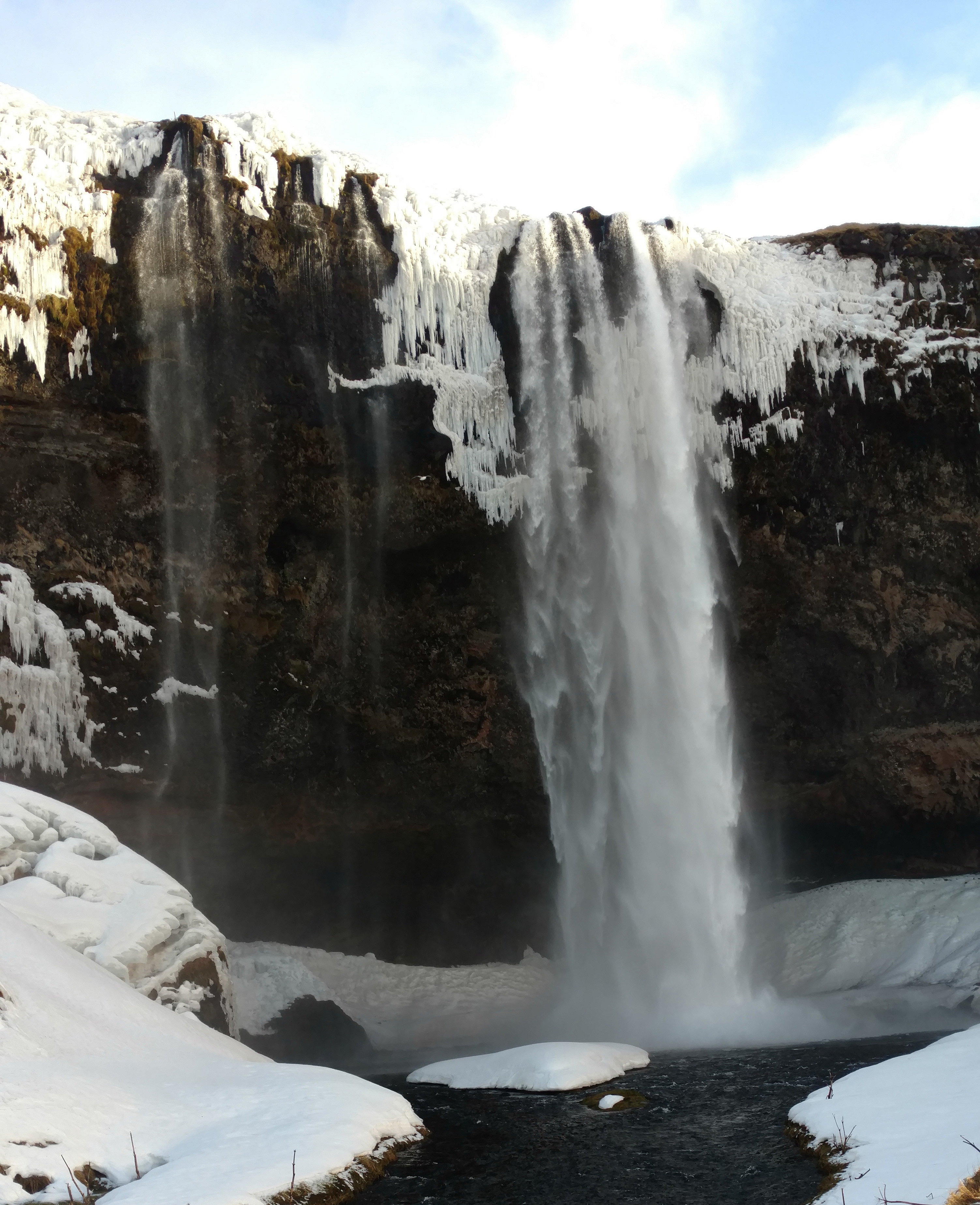 Every day, another dramatic waterfall awaits you. No two waterfalls are alike. You won't find yourself saying, "seen one waterfall you have seen them all". Another wonder of nature are glaciers, and Iceland has lots of them. The uniqueness of Iceland's glaciers, different from Alaska's tidewater glaciers, is that Iceland's glaciers sit atop volcanoes. This is where Iceland gets its nickname, "Land of Fire and Ice". Glacier trucks can take you exploring through these ice caves. Lakes have formed at the bottom of glaciers and one can see these lakes carry floating icebergs out to sea. After reaching the ocean, the pounding waves of the North Atlantic wash smaller pieces of these icebergs ashore onto incredible black sand beaches, rated the best black sand beaches in the world. These black sand beaches were formed from the volcanic ash and rock.

Another wonder of nature are the many thermal pools, some for bathing, bubbling hot springs, and geysers, including one that erupts every five minutes; located in Thingvellir National Park. Iceland's geothermal fields supply all of the country's energy needs and natural hot water.

In winter, the big draw to Iceland is the chance to see the Northern Lights. When the night sky is clear, tourists head out to the darkest locations on a chase, in a way, to see this spectacular phenomenon, a bucket list experience for many. It is a truly unique moment when the Lights appear and seem to dance across the sky growing larger and brighter, then suddenly go dim only to reappear again in similar fashion. It is not guaranteed you will see the Lights, but the stargazing is amazing as the constellations appear overhead.

Other outdoor pursuits include many hiking opportunities, snowmobiling, whale watching, interacting with or riding Icelandic horses, going beneath a glacier, and walking behind a waterfall.

The capital city of Reykjavik, home to two-thirds of the island's population, offers a vibrant restaurant scene, craft brewery tours, a quaint city center and old harbor area filled with fun nightlife. Learn interesting tidbits about Iceland's Viking past and Norse mythology in the city's museums and attractions.

Approximately 50 minutes outside of Reykjavik is the Blue Lagoon, the largest man-made lagoon in the world. The warm waters are rich in minerals like silica and sulfur and bathing in the Blue Lagoon is reputed to help some people suffering from skin diseases such as psoriasis. The water temperature in the bathing and swimming area of the lagoon averages 99–102 °F. The Blue Lagoon is another most-unique experience and it is found only in Iceland. Though the weather wasn't the best that day, as it is unpredictable most days, with high winds and series of sleet, snow, rain, and sunshine, I had so much fun being in the warm waters, relaxing waters. The Blue Lagoon is something you cannot miss on a trip to Iceland. It was part of the adventure to close out an incredible five days.