River cruising in Southeast Asia brings you up close and personal with a primarily Buddhist population who have witnessed war in their lifetime, yet welcome international guests as they move forward with their lives.   After completing a land tour of Indochina, I experienced seven nights cruising from Saigon, Vietnam to Siem Reap, Cambodia aboard the Avalon Waterways, Siem Reap.  There were just over thirty passengers and a crew of about twenty.  What a passenger to crew ratio! By day 2, the staff always addressed me by my name.  In addition to our shipboard cruise director, we were hosted by a licensed guide from both Vietnam and Cambodia who accompanied us on each shore adventure, briefed us daily, and was always available for further questions. 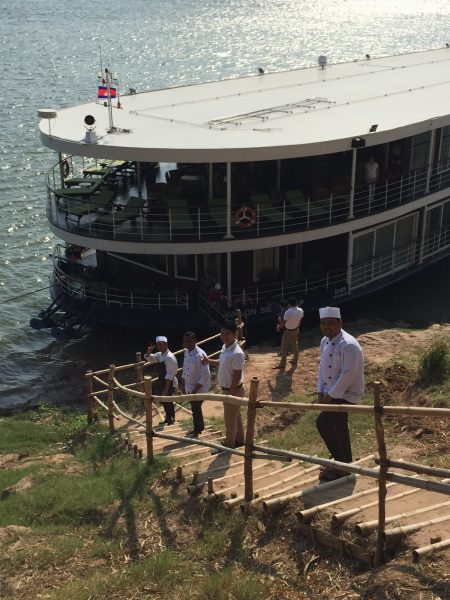 When we arrived at a remote landing point, the entire Avalon crew would help us safely get on and off the vessel. We were always welcomed with a cool drink and towel. Crew even took our shoes to clean!

Leaving the modern city of Saigon behind us we cruised into the countryside where nearly 70% of the Vietnamese population farm and fish. Hunger is not an issue. 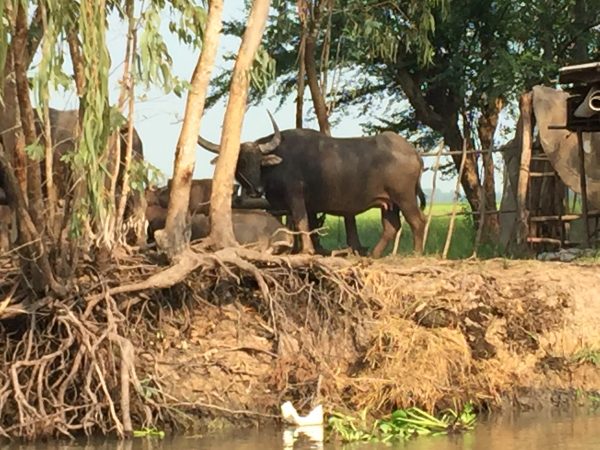 Water buffalo are still the norm for small family rice farmers. Our river cruise allowed us to get this close for photography!Life along the river is busy as fishing and commerce take place.

Our crew was primarily Cambodian and they were honored when we entered into their borders. With two days in Pnom Pehn we were able to see the Royal Palace, Silver Pagoda while seeing much post war construction. 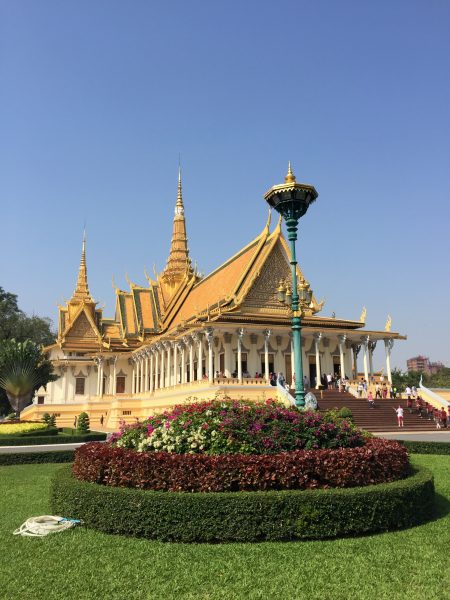 The grounds of Cambodia’s Royal Palace were well groomed, exotic, and welcoming.

We did have a reality check in Phnom Penh as our guide shared the atrocities inflicted on the Cambodian people by the Khmer Rouge regime.  The Tuol Sleng Genocide Museum and a walk through the Killing Fields was an important educational component.

The Khmer civilization brought so much culture which is still available for discovery. 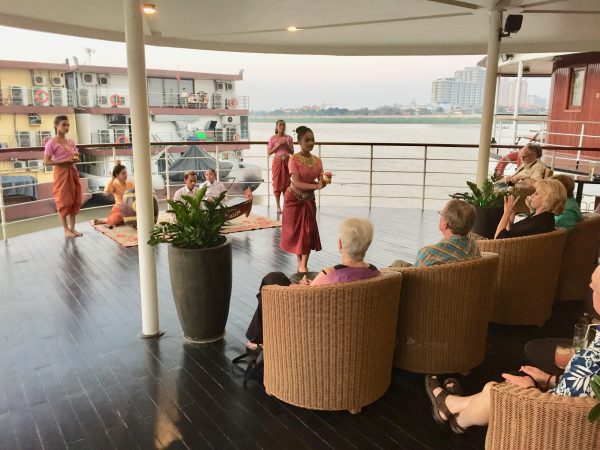 Khmer dance entertainment right on the deck of the Avalon Siem Reap.

Generations of families live together and care for their senior citizens.  English is the second language taught in local schools.

The Mekong flows into the Tonle Sap lake before reaching the spiritual capital of the country, Siem Reap, where we disembarked to visit Angkor Wat and other temples, shrines and pagodas.