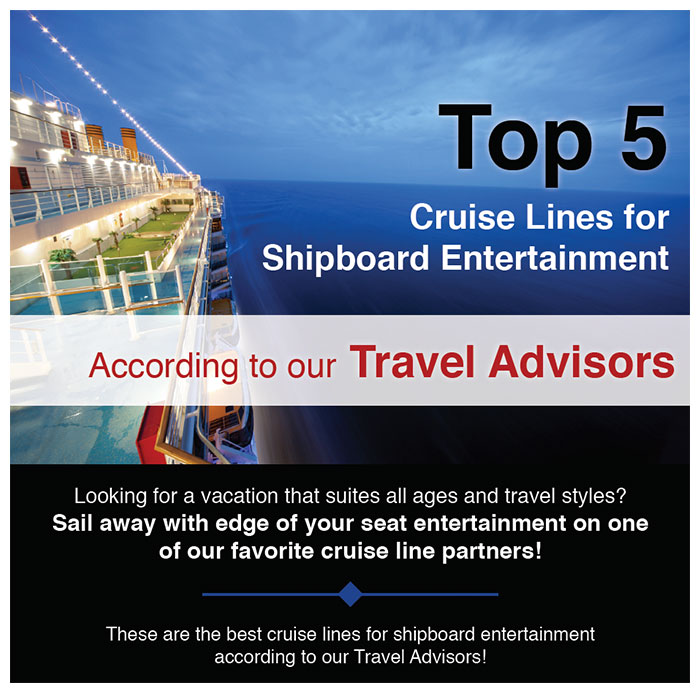 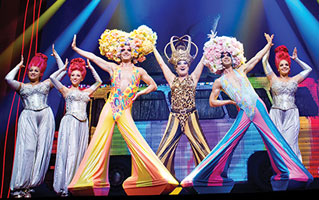 When it comes to the award-winning entertainment on board NCL’s ships, you won’t believe your eyes or even your ears. Acrobats soar while jaws drop during the dazzling performances of Cirque Dreams and Dinner®. Get your glitter on with the heartwarming musical Priscilla Queen of the Desert on Norwegian Epic. Witness music history come alive with Legends in Concert on the Norwegian Pearl. It’s showtime – on all their ships. 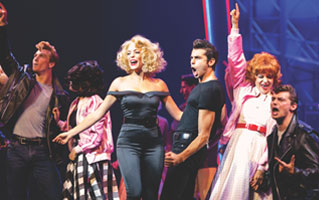 Royal Caribbean International® sets the cruise industry standard with dazzling, full-scale productions, every night on every cruise – all included in your fare. They're the only cruise line offering awe-inspiring Tony Award®-winning Broadway musicals, as well as ice skating, dive shows and original productions. 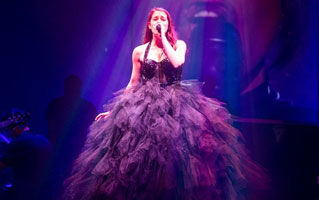 Nights aboard Holland America Line are filled with an abundance of world-class entertainment options and exclusive experiences including; direct from Beale Street, B.B. King's All Stars bring the best of Memphis music to sea, Lincoln Center Stage, showcasing outstanding musicians performing multiple programs of chamber music most evenings, as well as afternoon recitals during leisurely days, and more! 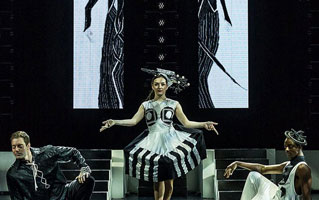 Celebrity Cruises simply can’t squeeze any more drama, music, gaming, thrills, and entertainment into any single day. On board, enjoy 18 leading-edge shows, created exclusively for Celebrity. This kind of cruise ship entertainment features concert-style performances in a way never been seen before at sea. Hear live music all over the ship, day and night. Learn from destination speakers who cover fascinating topics related to the ports of call you’re visiting. Take part in trivia contests and competitive games. It all rivals the most sought-after experiences on land and takes your vacation to thrilling new heights. 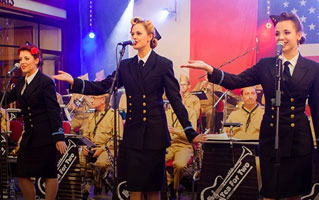 Azamara Club Cruises® is always moving forward to bring you the most incredible, immersive cruise experience. They’ve delivered on new destinations, new itineraries, a new ship and now, new onboard entertainment. They’ve jazzed (and opera’ed) up their current playbill to include a lineup of refreshing shows and talent designed to make your voyage all the more unforgettable.

On every sailing you’ll have more variety to choose from with Broadway entertainment, live theatre shorts, and selections of opera classics – plus the signature Azamara shows and events you know and love.